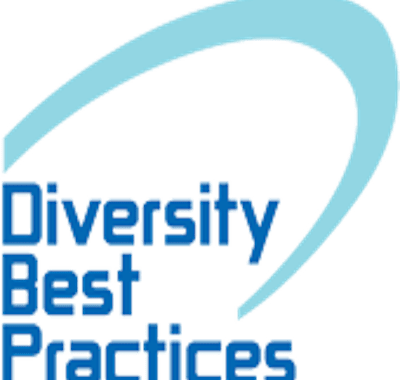 There are many components of creating a workplace that is affirming of transgender and non-binary people, but one of the most important pieces comes down to a few small words, such as ‘he,’ ‘she’ and ‘they.’ Pronouns are one of the most common ways that people are referred to by their gender. This provides one of the greatest opportunities to help honor someone’s gender identity. While the words may be small, their impact is profound.

For those of us who last learned about pronouns in second grade and want a refresher, pronouns are the articles of speech that are used to refer to ourselves (I, me) or others (she/her/hers, he/him/his, they/them/theirs). ‘They’ is a pronoun used by some individuals for whom neither ‘he’ or ‘she’ is affirming. For many non-binary people, ‘they’ is the most affirming option and its use is becoming more and more common. In fact, Merriam-Webster just declared ‘they’ the word of the year. (Pro tip: You use they/them/theirs in the same exact way that you would when talking about a group of people, except you are speaking about one person. This is called the singular they, and is now considered grammatically correct by most of the major writing style manuals. The first recorded use of the singular they was in the early 1400s!) Every transgender and non-binary person has to determine which pronouns work best for themselves, and for some, no pronouns (name only) is the best option.

In order to best understand how pronouns fit into an affirming workplace culture, it is important to understand what it means to be affirming. ‘Affirming’ is the word we use to represent the wide range of actions that result in transgender and non-binary people feeling fully seen, respected, and valued. One of the major components is always using a person’s affirming name, pronouns, and honorifics (e.g. Mr., Mrs., Ms., ma’am, sir, ladies, gentlemen). Not using a person’s affirming name, pronouns, and honorifics is referred to as ‘misgendering.’

Misgendering is experienced by many transgender and non-binary people as a microaggression, which is a form of social violence, particularly when a person misgenders someone consistently or intentionally. Being misgendered is an experience that is generally uncomfortable, but in some situations, it can also be outright humiliating or dangerous. Cumulatively, the impact of being misgendered can really take a toll on a person’s spirit and lead to depression, anxiety, and lost work time. Misgendering in the workplace can create a myriad of issues including: being the subject of office gossip, being socially isolated by peers, left out of crucial communications, and passed over for promotions. Being outed or misgendered in the workplace can very quickly escalate and create a hostile working environment for transgender and non-binary employees. When this occurs, it impacts the productivity of all involved. In many cases talented employees decide to seek positions at more affirming companies.

While in an ideal world, transgender and non-binary people would always have their names, pronouns and identities honored, the workplace can be hostile. For example, surveys found that approximately:

Additionally, a significant majority (77%) of transgender and non-binary people report hiding or delaying medical transition due to non-affirming workplaces. As a result, many quit their jobs so that they can medically transition, which is another means by which talent is lost.

While there is no current data on the number of transgender and non-binary people who feel that their identities, names and pronouns are honored at work, it is likely small, but hopefully growing. One of the best ways to start striving for a trans-affirming workplace is to establish a cultural norm of honoring people’s pronouns. Here are some pronoun-related best practices and action steps that employees can take to help create a trans-affirming workplace:

1. When introducing yourself, include your pronouns with your name, and ask others to do the same. This is a great opportunity to lead by example! “Hi Steve, great to meet you! I am Eli, and my pronouns are he/him/his. What pronouns do you use?” While this can feel odd or uncomfortable at first, it gets easier with time, particularly when others are encouraged to do the same. The more employees do this, the more it signals to transgender and non-binary people that their pronouns will be respected. Companies such as Goldman Sachs, proactively encourage their employees to adopt this practice.

Implementation tip: If you encounter someone who takes offense or is confused about why you are asking for pronouns, simply explain that you ask everyone for their pronouns because you don’t want to make assumptions about people’s gender and you want to be respectful of how people would like to be addressed.

Implementation tip: For this to be truly successful, it is important to not mandate all employees to include their pronouns, as this can create extra pressure for people who are not ready or wanting to share their identity in the workplace.

3. Update, Practice, Practice, Implement. Switching to a new name or pronoun can be anxiety-producing, particularly if you have known someone for a long time. In order to get it right, it will be necessary to practice. First, spend some time thinking about the person and how they want to be seen by others  try to update your mental file for that person to match how the person identifies. Then, find spaces where you can talk to yourself out loud, and tell yourself stories about the person using their new name and/or pronoun. Do this until it feels more natural, and then try practicing with a peer. This is a great opportunity to have an accountability buddy, where you help each other in practicing the new name/pronoun and remind each other if you forget! Doing this will help you succeed both when talking about the transgender or non-binary person with others, and in front of the person.

Implementation tip: In order for the practice to be effective, you will have to practice verbally. Since this is a skill, you do have to physically practice out loud, otherwise you will not remap the cognitive pathways needed to automatically call up the affirming language!

4. Messing Up with Grace. Even with the best of intentions and practice, the best of us will still slip up and use the wrong pronouns. It can be embarrassing, and hard to figure out how to respond in the moment. If someone offers you a correction, try to receive it as a gift rather than a scolding, and genuinely thank the person. They are trying to help you get it right, and in the case of transgender and non-binary people, we are asking for what we need. “Thank you for reminding me,” “Thank you, I will practice more,” “I’m sorry (and repeat yourself using the right pronoun)” will all do the trick when said authentically.

Implementation tip: Don’t worry about trying to explain why you used the wrong pronouns, it generally comes across as defensive or trying to justify the mistake. Often it leaves the transgender or non-binary person in the situation where they feel socially obligated to make you feel better about your having misgendered them.Support colleagues in using affirming name and pronouns. One of the best ways that cisgender people can support their transgender and non-binary colleagues is to help ensure that all employees at all levels are using a person’s affirming name and pronouns, whether that person is around or not. If you hear someone using the wrong name or pronoun, speak up! It is possible the person didn’t know/remember and your speaking up helps them to get it right. When you speak up, it is an act of solidarity because it means that the transgender or non-binary person doesn’t have to. Cumulatively, this makes a huge impact! If you notice that someone is consistently or intentionally using the wrong pronouns after being reminded, consider documenting the occurrences and passing them on to a supervisor or HR (with the transgender or non-binary person’s consent).

5. Think broadly about how affirming pronouns can be integrated into the culture. Companies such as TIAA provide guidance to new employees that they should ask for their client’s affirming name and pronouns, and increasingly companies such as Lyft, Mastercard and American Airlines, provide a space for customers to share their pronouns or have an affirming name used, even when transgender and non-binary people are prevented from legally changing their name or gender marker.

Examples of trans-affirming actions on the individual level include

Dr. Eli R Green is the founder and CEO of the Transgender Training Institute.

Who am I to be doing this work? Is this appropriate work for an ally…